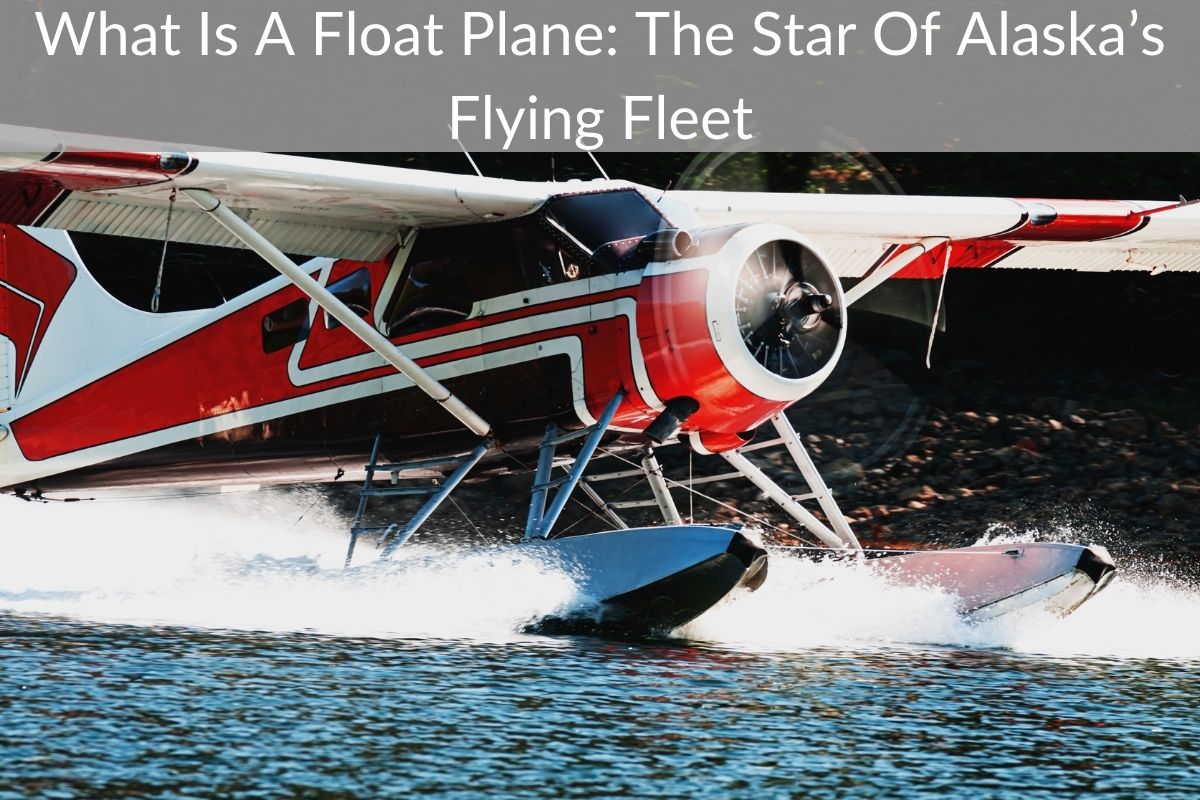 When hearing about flying in Alaska, I had more questions than just, “What is a float plane?” I wanted to know more about their pilots. The Alaskan bush pilot’s style of flying bends the wild to their will, landing where they want rather than where they’re told.

Float planes, also spelled “floatplanes,” are planes that can land in the water. They’re one of the many tools in an Alaskan bush pilot’s arsenal.

Buoyant “floats” are attached where a traditional plane’s wheels are, letting bush pilots land in Alaskan rivers and lakes. Some of these floats even have extendable wheels, giving bush pilots many options for places to land.

Alaska’s a wild frontier where many towns don’t even have roads leading to them. They also often lack an airport, creating a unique dilemma. Bush pilots and their float planes are the reason many of these towns can continue to thrive.

What Is a Float Plane?

Exploring the question, “What is a float plane?” leads to insights about the wild nature of Alaska. Bush pilots use float planes to access areas no one else can reach.

If you’ve ever seen a pontoon boat, you’ve got a good idea of the answer to “What is a float plane?”

Pontoon boats are basically a platform that floats on buoyant tubes called pontoons. Float planes land and float on water in this same manner.

In place of their tires are floats, which are like pontoons.

Float planes are indispensable in Alaska, as many remote places can’t be accessed by cars — or even traditional aircraft, which require a runway. With vast forests and rocky terrain, rivers and lakes are often the only safe landing spots in these isolated areas.

The run-of-the-mill float plane uses floats called straight floats, which can only land in water. Floats are as long as 30 feet and are usually made of aluminum. On the back of floats are rudders, allowing pilots to maneuver when in the water.

Floats are designed for structural integrity and buoyancy. Their aluminum construction keeps the floats light. Furthermore, within the floats are a series of compartments.

Rather than being an open tube, the compartments increase the strength of the floats. Plus, because of the compartments, if a float is pierced it won’t entirely fill with water.

Because of this, a bush pilot could pick up passengers from a commercial airport then drop them off at their secluded hunting cabin. While these tires aren’t the kind that let pilots land on rough surfaces, they’re enough to give float planes access to the hard runways of most airports.

Don’t fret though, mechanisms such as sensors on floats and warnings in the cockpit keep pilots from making such a mistake.

Why not every seaplane is a float plane

When investigating, “What is a float plane?” you’ll come across a confusing puzzle. Articles will speak of seaplanes as well as float planes, but won’t clarify the difference.

Although the term is usually used interchangeably, some float plane pilots find it a pet peeve.

Put simply; there is a different kind of seaplane often called a flying boat. Rather than relying on floats, the body of these planes are watertight and buoyant, hence their name.

Float planes, on the other hand, rely on their floats to … well … stay afloat. Without floats, their main body would fill with water and sink.

Those of us who live outside of Alaska take our roads for granted. To us, highways and their services are an everyday convenience. You never realize how essential an interconnected system of roads are until you visit Alaska.

A central component of Alaskan life

As you learn, “What is a float plane,” you start hearing about their importance in Alaska. Articles talk about how most float planes are designed to take off at steep angles and river bends.

In Alaska, float planes do more than just land in vast lakes and ocean coasts. Alaskan bush pilots work with what they have. Sometimes, that entails landing in tight stretches of a river with minuscule margins for error.

You’ll find most float planes in Alaska have powerful engines and props. It’s not for fun and games, but instead a necessity. Mentioned previously, there are numerous towns in Alaska that can only be reached by plane. To reach many of these communities, you need a plane that can take off and land in very short strips of river.

Many businesses and communities rely on float planes to deliver vital services. For instance, float planes may be the only source of food, garbage disposal, and travel for these towns.

Emergency services often rely on float planes as well. The only way to reach a lost hiker or hunter is usually with a float plane.

Float planes also serve as ambulances. Because a traditional ambulance can’t reach towns and residences unreachable by a road, float planes are the only way some folks can get to a hospital.

According to Lake Hood, one of the busiest seaplane bases in Alaska, seaplanes contribute more than $40 million to Alaska’s economy.

Like its residents, Alaska’s businesses rely on float planes as well. One of those industries is Alaska’s tourism industry.

Hunters, fisherman, and adventurers come to Alaska precisely because of its isolation. Alaska’s one of the few places in the world that humanity has barely touched. It’s a vast, untamed land where you can see the wild for what it is.

To get the most out of Alaska, these adventurers rely on float planes to get them to truly pristine places. The areas only reachable by float planes tend to be the least touched by man. This provides tourists with one-of-a-kind views and tremendous hunting and fishing spots.

Businesses also rely on float planes to deliver goods. Bush pilots fly construction materials, furniture, appliances, and other assets to businesses in remote locations. When initially wondering, “What is a float plane?” you probably didn’t realize how important they really are.

The bush pilot way of life

Alaska often puts bush pilots and their planes to the test. Float planes are designed to be versatile and powerful so they can conquer Alaska’s wilderness.

The DeHavilland DHC-2 Beaver and Cessna 206 are examples of ideal Alaskan float planes. These iconic planes are designed to take off quickly while hauling large loads of cargo.

Bush pilots want a plane that can take off and land on the shortest stretches of water possible. Pilots need their float planes to take off quickly, so they can get in the air before reaching a river’s bend. Powerful float planes help pilots reach the communities that rely on them.

Pushing their planes to the limit doesn’t come without its consequences, however. Alaskan emergency service pilots and airline pilots alike require an unmatched level of experience.

Landing on tight strips of water requires extraordinary concentration and composure. Underestimate how much space you need to land, and you’re going to run out of runway.

Alaskan float plane pilots are masters at planning ahead and meticulously examining details because of this. They ensure safety for themselves and their passengers through vigorous practice and preparation.

More than a Gimmick

Now that you know the answer to “What is a float plane?” you can appreciate the importance of these aircraft. They’re tremendous works of engineering that provide unparalleled recreation. But even more, float planes allow Alaska’s businesses and townships to thrive!

With their buoyant floats in place of wheels, float planes give pilots entirely new areas to explore. Pilots can land in remote locations where traditional aircraft can’t reach. They even let pilots reach places cars can’t get to.

Amphibious float planes with extendable wheels can even land at traditional airports. Due to their versatility, float planes are immensely important for Alaskan bush pilots. They bolster the state’s economy, provide communities with fundamental services, and give pilots the freedom they crave.

Have you had any memorable moments in a float plane? Share your experience with us in the comments!