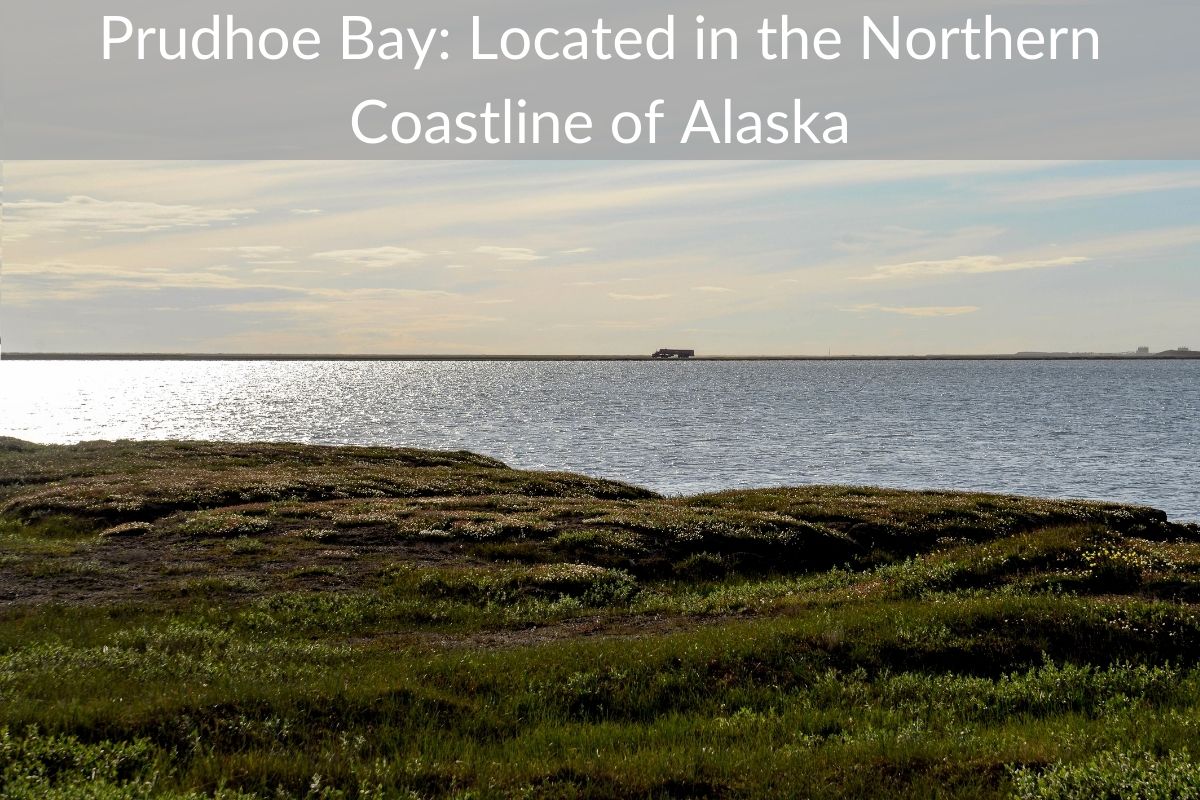 Prudhoe Bay is located in the northern coastline of Alaska. It is situated some 200 miles east-southeast of Point Barrow. Prudhoe Bay is known as one of the most northern points in the United States and is known alongside the small community of Deadhorse, Alaska.

About Prudhoe Bay and Deadhorse, Alaska

Deadhorse is actually considered an unincorporated community as verse to a town and describes itself as “at the end of the Earth.” The town really consists of facilities that are designed for the workers and the companies that operate at the nearby Prudhoe Bay oil fields. As far as the population of Deadhorse, Alaska goes, its permanent residency is listed at only between 30 and 50 people, although that doesn’t account for the temporary residents that are employed by the various companies that play a part in the Prudhoe Bay oil business. Once those temporary residences are taken into consideration, the population can range as high as 3,000 people.

As mentioned, those that reside in this small community really only consist of those working at the Prudhoe pipeline. So, at any given time, hundreds of workers reside in small dormitories, which are generally made up of facilities that are built upon human-made gravel pads and pre-fabricated buildings that are shipped to the area.

This particular oil field began production 41 years ago and has produced over twelve billion barrels of oil since. Production began back on June 20, 1977, and was originally estimated to recover around 9.6 billion barrels of oil. It has reportedly been a “proving ground for advanced drilling techniques, including multi-lateral and coiled tubing,” which are now used by oilfields all across the world.

Things to Do in Prudhoe Bay and Deadhorse, Alaska

When people think Alaska, it can be a little difficult to come up with fun adventures. When it comes to the utmost top of the state and the fact that the area of Prudhoe Bay and Deadhorse, Alaska are both considered tundra regions, tourists attractions aren’t all too common, but that doesn’t mean there aren’t a few different things that visitors can see and experience.

Those who describe themselves as adventurous should add the 414-mile Dalton Highway, also known as Haul Road to those in Alaska, to their destination route. Why? Because it is considered uniquely beautiful and provides different options as far as recreational opportunities and plenty of opportunities to catch a glimpse at some of Alaska’s wildlife.

As for recreational stops along the way, there are quite a few, such as the Yukon River, the Arctic Circle and the beautiful Atigun Pass in the Brooks Range.

One of those agencies is the Arctic Ocean Shuttle.

The Arctic Ocean Shuttle offers guests in Deadhorse and the Prudhoe Bay area an opportunity to get to the restricted area of the Arctic Ocean. Those who are interested must make reservations at least 24-hours in advance so that the proper security screenings can be done. Once that is done, guests are allowed to go on a security guard-operated shuttle through the oil fields and out to the coast of the Arctic Ocean.

The current going rate for this option is around $69.00 per person and trips last around two hours.

The Gates of the Arctic

The Gates of the Arctic National Park and Preserve was originally created to preserve and protect some 8.4 million acres of this diverse arctic ecosystem located in Alaska’s Central Brooks Range.

This National Park protects a functioning artic, mountain ecosystem and provides habitat of world importance for naturally occurring plant and animal populations. “In consultation with local rural residents Gates of the Arctic protects habitats and resources to provide subsistence opportunities on lands that have supported traditional cultures and local residents.”

Because this natural area is known for the ideology of living off the land, visitors are made aware of the fact that they are going to be completely on their own while visiting this area. That being said, those wishing to visit the Gates of the Arctic must be self-sufficient and flexible. There is no cell phone service, and there are no other amenities or services in the preserve. In an emergency situation, visitors are warned that they must be self-reliant and able to execute self-extraction and communication.

If visitors can get past those intimidating instructions and follow through with the rest of their planning, they are reassured of an experience like no other.

The Arctic National Wildlife Refuge is public land owned jointly by all U.S. citizens. The cite offers not only information about the refuge, but also how it is managed, the different features of the refuge, information on the wildlife and the wild landscapes.

A trip to the Arctic National Wildlife Refuge is considered not only an inspiration but a “life-changing experience.”

The Arctic Refuge is considered home to some of the most diverse and “spectacular” wildlife in the Arctic. With 42 different fish species, 27 land mammals, eight marine mammals and more than 200 migratory and resident bird species, there is no lack of opportunities to see some beautiful wildlife.

The Refuge contains a wide variety of remote, complete and undisturbed lands across a total of five different ecological regions. These include:

The Prudhoe Bay and Deadhorse areas of Alaska provide visitors more than just one of the nation’s largest oil fields. Yes, it may be known for this feature, but given its unique location so far north, it can provide visitors a never-ending adventure into different ecological regions.

Because Prudhoe Bay butts up directly against the Arctic Ocean, it is a popular spot for many visitors. Thanks to agencies such as the Arctic Ocean Shuttle, those who want to reach that unique milestone have that opportunity, which is something extraordinary given the fact that it is considered a restricted area.

While it may not seem like it, the North Slope Borough provides visitors a unique, once in a lifetime experience to those who decide to brave the climate and all it has to offer.