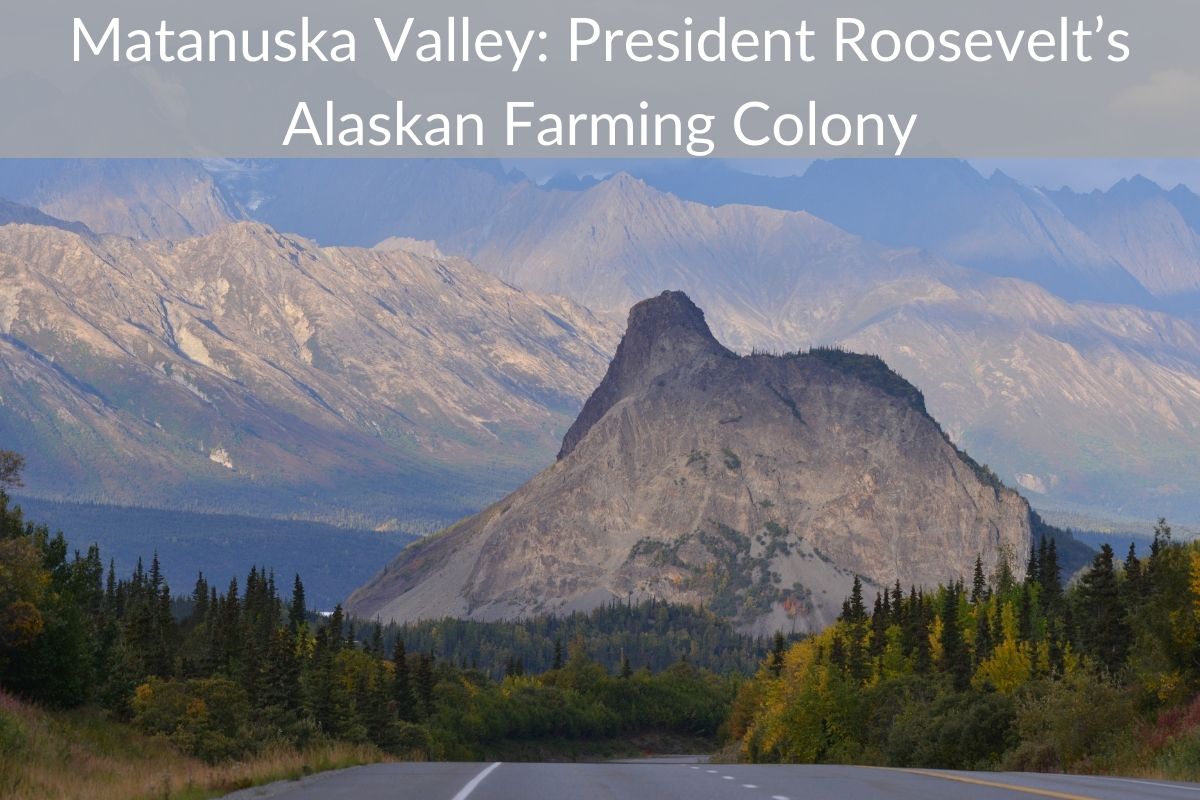 The “Great Depression” was a wicked time to be alive.

It was a difficult period in human history that denigrated most successful men and turned them into paupers.

Families were dealt a blow that many never recovered from.

They suffered poverty, starvation, and demoralization.

It is a period in American history that many would soon forget, never want to return to and had best learn from.

The Great Depression and the Matanuska Valley Project

Younger folk have no idea what that time was like.

People didn’t even have the most basic of amenities.

Grown men were brought low because they could no longer provide for their families.

Farmers got hit the worst

Their fields were no longer yielding crops throughout the droughts. They became desperate.

And, President Franklin D. Roosevelt had a solution of a better life somewhere else. It was supposedly a way for them to rescue their starving families.

Roosevelt appealed to 203 families to relocate to Alaska, specifically the Matanuska Valley. These families came from Michigan, Wisconsin, and Minnesota.

To them, the thought of Matanuska was a paradise, compared to the challenges that they were facing.

Where they lived was often referred to as the Matanuska Colony.

Roosevelt had other similar rural initiatives at the time, including the Pine Mountain Valley Rural Community in Georgia and the Dyess Colony in Arizona.

Yes, there were risks. Alaska would not be able to care for so many dependent families if the Matanuska Valley colony initiative was not successful.

People questioned why there was an emphasis on those people from Minnesota, Wisconsin and Michigan. Well it was thought they had a climate closest to Alaska’s climate. It would be easier for them to acclimatize than people from warmer states.

In addition, these states had a high percentage of people who were dependent on social assistance programs.

It was the local aid workers who selected which families were approached about the move.

According to Evangeline Atwood, in her book “We Shall Be Remembered,” these were the criteria in that time. “Families should be selected first on their farming ability and secondly, those who may have secondary skills and who may adjust themselves to a diversified farming activity and can assist with carpentry on their homes and then those who may know something about machinery and blacksmithing and who have leadership qualities.”

The project went underway fairly quickly. However, there were mistakes made with the selection process.

One person ended up in a mental institution, another had a wooden leg and several others had Tuberculosis.

Famers who moved to the region were able to supplement their farming income by working in the coal and gold mines.

Regardless, many farmers had a difficult time and from the 203 original families.

Children died and developing housing and barns was peculiarly difficult because they had to be just right for that climate.

Initially, the farmers and their families were in a tent city

At that location, all families came together along with officials supervising the projects.

They did drawings to allocate lands of 40 acres each.

This cause some tensions because some lands were very poor, and these families were allowed to get another 40 acres.

Once they left the tent city, that area was used to build several government facilities such as the United Protestant and Lutheran church, the Alaska Railroad Depot, and the Central School.

One could think it hilarious now, but in such precarious, life-threatening conditions, it was a seriously worrisome debacle.

Electric equipment came before electricity was installed. Frozen or perishable foods spoilt due to lack of refrigeration. And necessary lumber came long after items requiring storage.

Howard and Bernice Van Wormer had a second child named Laura Norena. She brought joy and jubilation to the community.

It was a bright spark, especially after there were three young children who had died.

The colonists needed this because it had been rough going, especially as it related to housing construction.

In that area, many of the Matanuska Valley colony homes were similar.

They came from five specific designs done by David R. Williams, who was government architect. These homes used a frame construction, assembled from logs.

To this day, if you travel around the area, you can easily identify the homes of the colonists of that time. They had very small barns.

Was the Matanuska Valley Project Successful?

Many people would say yes after a few years.

It provided homes, areas for farming, and most importantly over 1000 new jobs.

However, the budget overrun to five times the amount previously allocated and there were only 20 families left in 1965.

Since that time, more families have come and gone from Alaska, but the Matanuska Colony gave Alaska some level of attention, which it never had before.