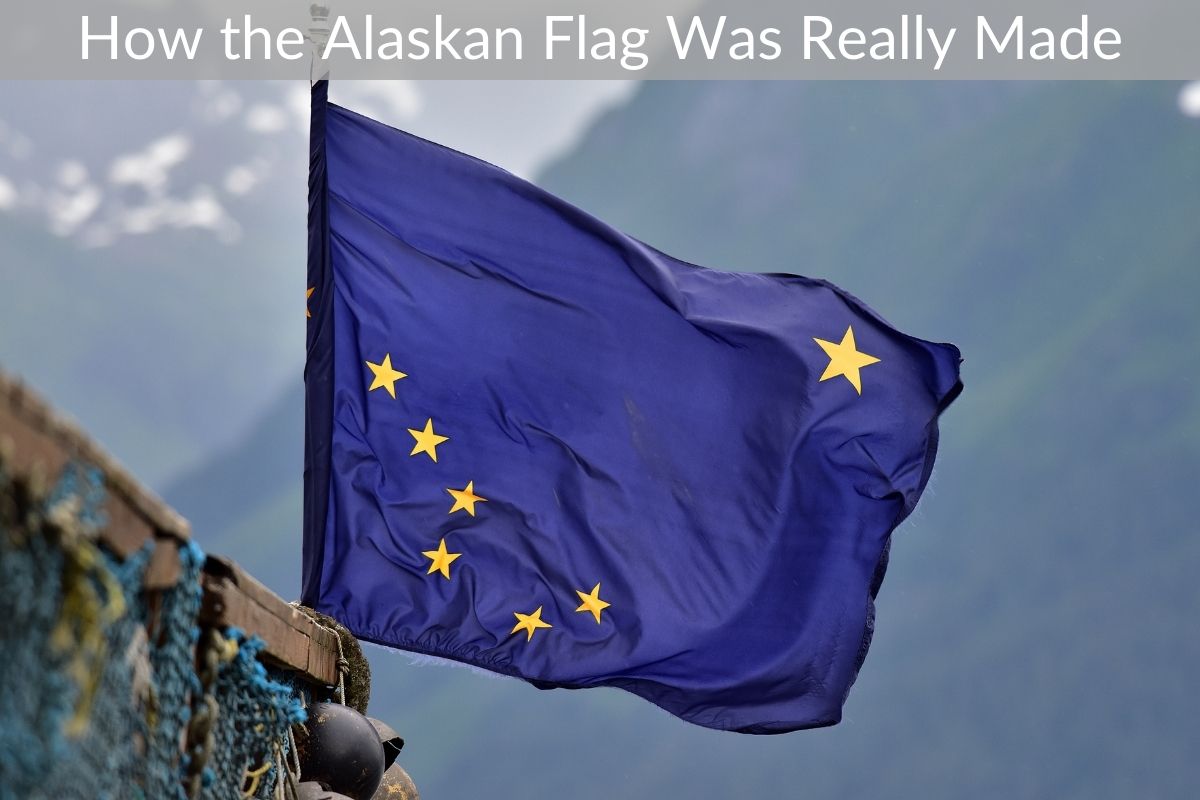 The Alaskan flag has a deep and rich history.

In fact, the Alaska state flag was designed thirty years before it actually became an official state of the United States.  There was a drastic need for a flag to represent the future state, which inspired a creative way to find one.

The flag designs were all proposed in a very different and special way: by seventh through twelfth graders through a contest first held at a local level, and then at the state level.

The Alaska flag definitely plays a huge role in the history of Alaska, and the selection for the choice that would represent the state for years and years was one of diversity compared to the rest of the states.  Everything from the winning flag design to the first place designer himself all brings together one strong conclusion: that the memory of Alaska’s state flag will outlive the people who chose it by far.

So, without further ado, here is the incredible story of how the Alaskan flag came to be and how it played an influential role in the history of Alaska.

The Flag Was Chosen Through a School Contest

A contest for a region of Alaska was sponsored by the Alaska Department of the American Legion, which was hosted the seventh through twelfth grades.  The legion believed that it would inspire creativity and good activity for the school children, as well as resolving the need for a flag that would represent the future state of Alaska.

Rules were set in place by the Alaska Territory.  They established that the first round of competition would be held at the local level.  From these local places, judges would select the top ten best flag designs and then move them on to Juneau.

In Juneau, the contestants would be competing in the final competition of a total of 142 flag designs.

Flags that contained concepts to them were in the end rejected by the Juneau Flag Committee, with the main reason being that the concepts were too closely related or specified to certain regions of Alaska.  A flag was needed for the entire state and not just one part of it.

The Winner of the Flag Contest was a Seventh Grade Boy

Additionally, he was an orphan at the Jesse Lee Mission Home, located in the town of Seward, as a thirteen year old in the midst of the contest.

His flag design contained a blue background that represents the Alaskan sky as well as the forget me not flower, and on it was eight big, golden stars.  These stars represented the Big Dipper and the North Star, with the North Star being a direct representative of Alaska as a future state.  It was absolutely fitting for the North Star to represent Alaska, the future northern most state of the US.

As the first place winner, Benson was given a golden watch with his flag design engraved upon it as well as a one thousand dollar scholarship.

Benson went from an average orphan to the designer of his state’s future flag.

Benson is Honored in Various Other Ways for His Flag

Not only did Benson get tremendous recognition and acclaim for his flag design, but there is also a monument in his honor, built by the town of Seward.  The monument is located on Third Avenue.

Additionally, the Alaska state song was also made with thoughts of Benson and his flag in mind.  The title of the official state song is “Alaska’s Flag.”

It is obvious that the state of Alaska has done the young seventh grade orphan due justice.  All of his hard work and efforts put into designing the finally state flag did not go in vain, and he is remembered for them all.

Alaska’s Flag has an Astounding History.

Finally adopted as the official Alaska state flag in 1959, Benson’s design has truly played an intense and influential role in the history of Alaska.

It influenced the state song, the younger generation community, and inspired a new monument that will remain a memorable state landmark for centuries.

However, the relation between these designs on the Alaskan flag stands out for its amazing and powerful representation of the location, landmarks, and natural beauty of the state.  That is truly something that makes it unique, and an important aspect that won Benny Benson first place prize.