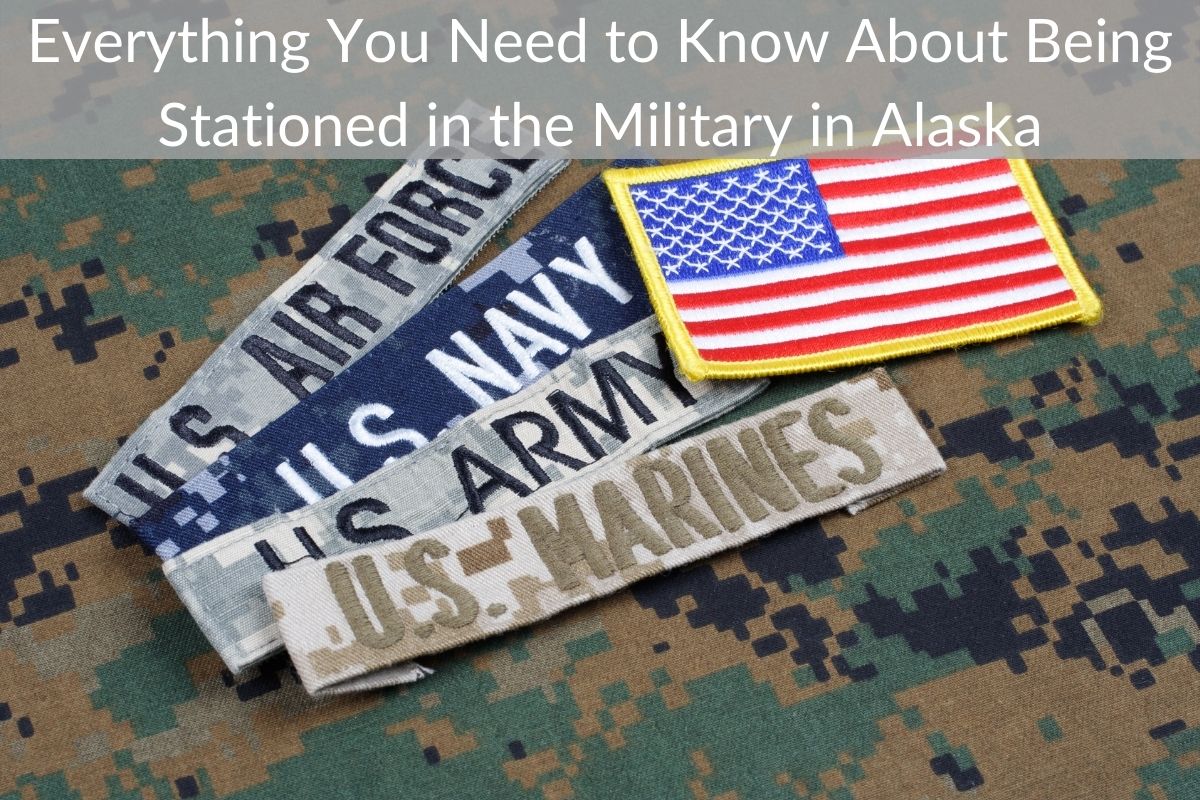 The Alaska military plays a very important role in Alaska and the United States, having the most northern US military bases in the country.

The United States Army Alaska, abbreviated as USARAK, is also known as America’s Arctic Warriors.  The USARAK is one of the United States’ military commands located in Alaska, with its headquarters being at Fort Richardson.

Overall, the Alaska military is central to the United States, and the state itself is extremely military friendly.

Moving to Alaska as a Military Family

Are you getting ready to be stationed in Alaska and to bring your family with you?

If so, you’re in luck.  Alaska is very military family friendly, and it is full of military communities that are always prepared to welcome new military families and individuals upon arrival.

Also, your family will love it in Alaska.  Alaska is known as one of the best places to raise a family, as it offers many quality schools, high paying jobs, great entertainment, and there are always places to adventure and explore.

Additionally, the largest military communities and families are found in the cities of Anchorage and Fairbanks, as these are home to the Eielson Air Force Base and Fort Wainwright Army Post in Fairbanks and the Elmendorf Air Force Base in Anchorage.

These two cities are premier places to raise or start your family.  With beautiful scenery and a multitude of opportunities, high education and plenty of activities to enjoy, either one of these beautiful cities are fitting for a family.

The majority of Alaska’s military population is made up by the bases of Fort Wainwright, Elmendorf Air Force Base, and Fort Richardson.  These are the largest military bases and locations in Alaska, with each containing an estimated amount of 6,000 military personnel.

However, of course, there are several other bases.  There are a total of nine military bases located in Alaska, and the smaller bases include the Clear Air Force Station Base, Fort Greely Army Base, ISC Kodiak Coast Guard Base, the Marine Safety Unit of the Valdez Coast Guard Base, and the USCG Juneau Coast Guard Base.

The Clear Air Force Station Base is located in Denali Borough of Alaska.  Although it isn’t one of the biggest stations in Alaska, it is definitely one of the most important to the entire United States.  The purpose of the Clear Air Force Station Base is to monitor the west coast, along with the rest of the United States, defensively and to detect any early suspicion arising.

Additionally, perhaps the smallest of the bases is the Fort Greely Army Base.  This army base is located in the city of Fairbanks, Alaska, and is one of the smallest but by far most important bases in Greely.  It is home to no more than 461 people according to a census in the year 2000.  However, this tiny base was established to test and launch anti-ballistic missiles as well as host a variety of tests in extreme weather conditions, making it very important to the Cold Regions Test Center.

The Permanent Fund Dividend is a huge benefit offered to incoming residents of Alaska who have already stayed for a full year.  It is a dividend paid to people residing in Alaska since January 1 to December 31, and who have plans to obtain Alaskan residency for an indefinite amount of time.

If you are going to Alaska for an unknown amount of time, it is important to establish yourself as an active duty member of the Alaskan military.  To do so, there are a few requirements.

To receive the permanent fund dividend, you must arrive in Alaska either before or on December 31.

Another task due before or on the date of December 31 is your claim that Alaska is your legal state of residence with the military.  To do so, you have to send a request to your military finance office, requesting that your state of residence be classified as Alaska.

Thirdly, by July 1 of the qualifying year, you must take action with your new Alaskan residency.  For example, you must be active with your residency by getting an Alaskan drivers license or registering to vote in Alaska.

Finally, you are required to maintain your residence for the full year as well as have and state your intentions to stay a resident for an indefinite amount of time.