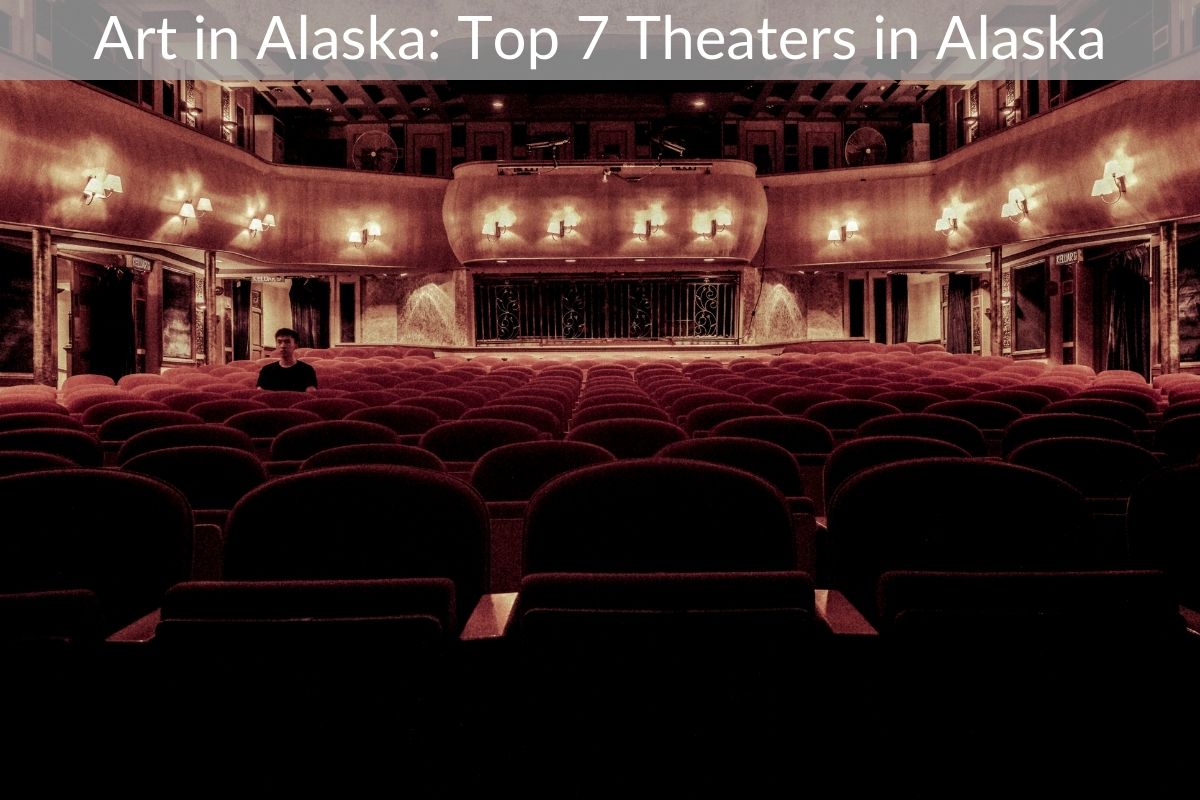 If you think that Alaska is only about freezing weather and torrential snowfall, think again. Alaska has a lively art scene and is among the few states that have truly invested in nurturing art in its young population.

And there is no better place to sample the Alaskan artwork than at one of its leading theaters. So which are these top theaters?

Top on the list of best theaters in Alaska is the Alaska Performing Arts Center. It’s situated along the 6th Avenue of Anchorage and is owned by the Municipality.

The Arts Center is made up three theaters – the 2000-seater Evangeline Atwood Concert Hall, the 700-seater Discovery Theater, and the Sydney Laurence Theater with 340 seats. One of the most common attractions at the center is the ArtsWalk, a gallery filled with magnificent artwork by renowned artists.

The theater is opened every weekday between 8 AM and 5 PM and also during the holidays.

Still in Anchorage, is another great theater – the TBA Theater. This place is particularly known for mentoring young artists by sharpening their skills.

In their mentorship program, the theater enrolls young talent and takes them through rigorous and intensive training on how to showcase their art better. The theater holds most of its performances at the Alaska Pacific University’s Grant Hall as well as the Wendy Williamson Auditorium in the University of Alaska.

For its efforts in developing and nurturing talent among Alaskan artists, the TBA Theater has scooped several awards and was even named the “Best Arts Organization” in the state.

3. Chilkat Center for the Arts

The Chilkat Center for the Arts is located in Haines, Alaska. Artists from around Haines and its environs come here to showcase their talents through plays, live music performances, and paintings.

The theater has an auditorium with a 300-seating capacity and equipped with the latest lighting and sound equipment. There’s also an extensive lobby area used for hosting art galleries where Alaska native art is usually on display.

Established back in 1979, the Perseverance Theater is among the first theaters in Alaska. The founder, Molly Smith, was the theater’s artistic director until 1998.

The theater is situated on Douglas Island in Juneau and is comprised of two stages, the Main Stage (where a majority of the plays are performed), and the Second Stage which is used for rehearsals as well as showcasing the works of upcoming artists.

Situated in Alaska’s theater capital, Anchorage, along Debarr Road, lies Cyrano’s Theater Company – a center of all forms of art from plays, to book fairs, to paintings and music performances.

This is the place to watch amazing Shakespeare plays and engaging musicals on the weekends.

Also in Anchorage, is the Alaska Experience Theater. It is located in Downtown Anchorage along the 4th Avenue, Market Place and is opened every day of the year. It also has special shows during Halloweens and the holidays.

There so many activities to do here including riding a simulator that lets you relive the historic 1964 9.2-magnitude earthquake in Alaska.

Pier One Theater is Homer’s best performance theater and arguably one of Alaska’s best community theaters.

The theater is situated along Homer Spit Road in Homer, Alaska. Lance and Barbara Petersen founded the art center and have been instrumental in its growth.

Each year, thousands of people visit the theater to showcase their talents and enjoy the amazing performances. There so many other fun activities that you can indulge as well as meet new people who have the same interests as you.

When is the Best Time to Sample Art in Alaska?

It’s usually during the summer months that all the theaters in Alaska are most active.

However, the ideal time to sample art in Alaska is definitely during the Anchorage Film Festival (for films and other performing arts) and the Fairbanks Festival of Native Arts (for Alaska native art).

This is when all the artists (and art) from all over the world come to Alaska. If you love art, you can’t miss out on these two events.