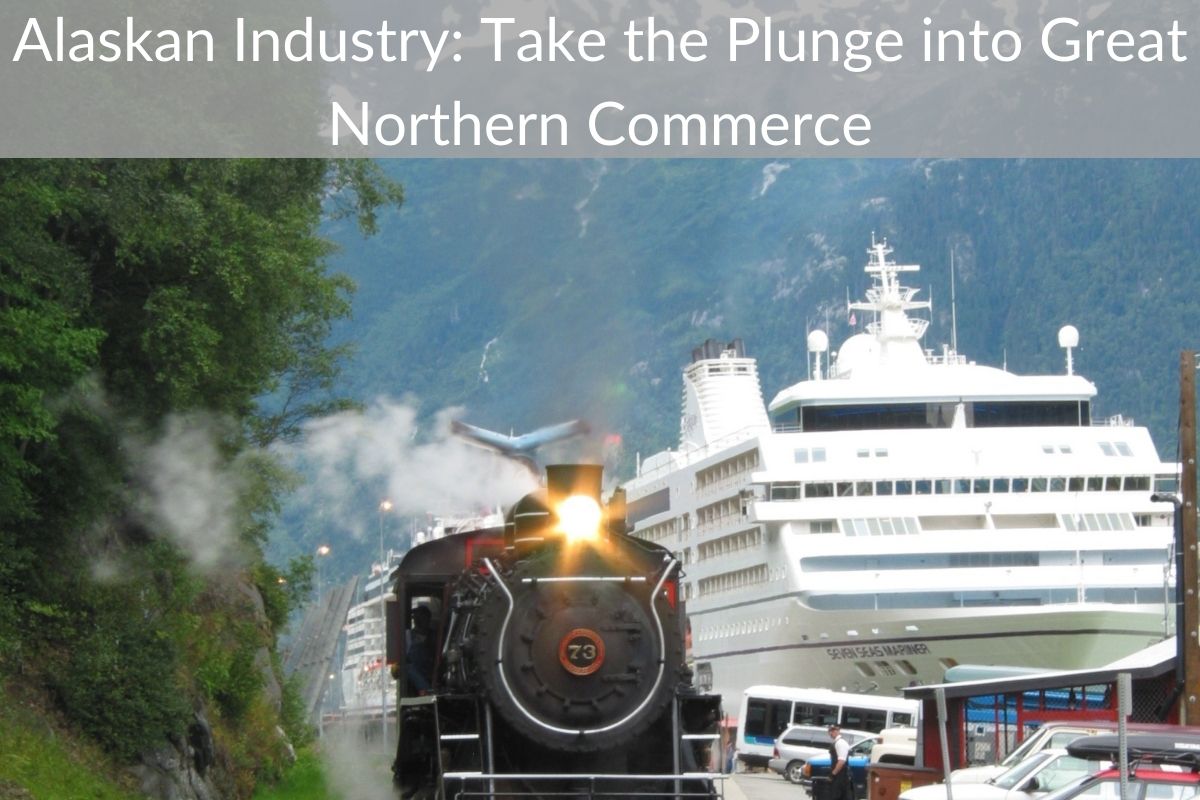 Alaskan commerce covers across-the-board businesses, ventures and directives both locally and internationally. This great northern state is a key player situated smack-dab in the middle of nowhere —or everywhere, depending on how you look at it.

Alaskan Commerce Areas You Need to Know About

Alaska major industries are as diverse as the scenery of the state itself.

Alaska sits on an incredible wealth of natural resources. The breathtaking 49th state is placed along several major shipping routes and surrounded by three different oceans.

Resting on miles of natural gas reserves and topped with forests full of timber, Alaska offers not only these assets but her raw and untameable beauty as well.

Alaska’s oil reserves are the fourth largest in the U.S., with Alaska producing nearly 500,000 barrels daily.

Nearly 85 percent of Alaska’s revenue is derived from oil and gas, and One-third of all jobs in Alaska are directly related to the gas and oil industry.

Since the discovery and subsequent utilization of its oil reserves, Alaska has been able to set up its Permanent Fund Dividend. This is a pool of money paid out to all Alaskan residents every year from oil and gas profits. Alaska is the only state in the nation able to pay its residents a dividend from any industry.

The cold and sometimes harsh nature of the environment makes the oil and gas industry in the state one of the most innovative in the world. Engineers, geologists and big thinkers from around the globe are drawn to the Alaskan challenge — and solving the problems associated with drilling in the Alaskan countryside have proven to be quite profitable.

Not only does Alaska touch three different oceans, it’s also home to over three million lakes and thousands of rivers. All this access to water means crabbers and fishermen head out to sea every day, braving the weather to bring in the catch.

The fishing industry in Alaska harvests 6 billion pounds of seafood yearly and 80 percent of the salmon eaten worldwide. This makes Alaska a major component in international seafood commerce.

The fishing industry in Alaska is a challenging one, but for every risk there comes immense rewards. People are drawn from all over the U.S. to work on fishing boats and processing plants, and people work around the clock developing new technology to support the industry.

Alaska is a place unlike any other, and this in part accounts for its immense tourism industry. According to the Anchorage Daily News, Alaska had almost 2 million visitors last year. That’s more than any year in history.

Alaska’s nickname “the last frontier” is a testament to the respect it garners from visitors.

Experiencing the isolation and harshness of the state may draw people in as much as its unspoiled beauty. There is something awe-inspiring about being humbled before a great white mountain or cruising through icy channels surrounded by massive ancient glaciers.

Luckily, Alaska benefits from tourism just as much as tourists benefit from Alaska, bringing in almost two and a half billion dollars a year — and that number is only rising.

Your Voice Heard in the Commerce Community

Despite its remote location, Alaska retains a professional setting to conduct matters of commerce and industry.

The department has the best interests of the Alaskan economy in mind, and this means doing everything in its power to promote small business as well as big industrial growth.

They give assistance in the form of loans and counseling to Alaska businesses big and small. The department helps to pass legislation promoting economic development of local businesses and big industries which majorly affect the economic structure of the state.

The Alaska Chamber of Commerce is a non-government organization made up of local Alaska business and industry professionals lobbying for their interests in the community.

The chamber allows the people of Alaska to have a real voice in the passing of legislation that will have an effect on their lives and economic state of being.

Alaska must be doing something right. In a recent poll at Gallup, 77 percent of residents ranked their state as a great place to live based on economic stability and trust in local government.

Alaska is a state rich in resources, culture and self-love. With a bright future imminent on the horizon, the last frontier may be the perfect state to call home.