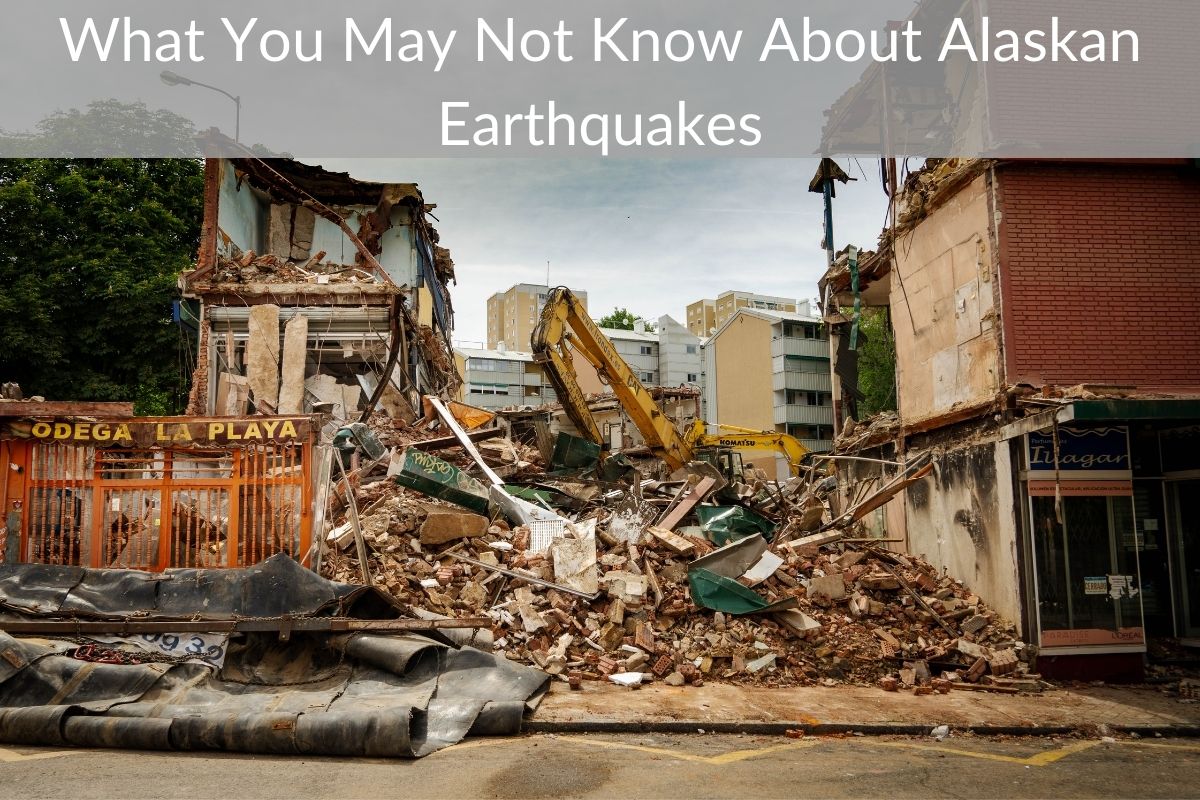 Alaska is not only the largest state in the United states, but it is also one of the most gorgeous. With over 3 million lakes, sparse population, and many natural resources still in tact, Alaska is one of the last frontiers in the US.

Adding to Alaska’s mystique is its natural predisposition to earthquakes. Many may not link the two, but Alaska is one of the most seismically active regions of the world.

You may be familiar with plate tectonics, but if you aren’t it is the scientific theory that the outermost Earth is made up of dozens of large tectonic plates that are constantly moving.

When these plates collide with one another they can create earthquakes, volcanoes.

Why Is Alaska Susceptible to Earthquakes?

Lastly, around every year there is one magnitude 7 to 8 earthquake as well as one massive magnitude 8 or larger earthquake every 13 years. For comparison in recent memory one of the largest earthquakes was the 2004 earthquake in Sumatra coming in at 9.3, and over 280,000 people.

It is clear that Alaska is susceptible to earthquakes, but you may be wondering why. Alaska is located on a series of Pacific tectonic plates. These Pacific plates move northward at around 2 inches per year and subducts, or moves below the North American Plate. When tectonic plates move quakes occur because of the high amount of stress caused by plates rubbing against each other.

The great Western Alaska Range covers an entire compression zone that is formed by the North American Plate and the Wrangell Subplate. This region experiences the largest earthquakes because of the irregularity of the tectonic plates in the region.

In addition, Alaska also contains the Alaska-Aleutian subduction zone that is part of the Pacific “Ring of Fire”, a region of immense volcanic and earthquake activity. Further inland along the Denali, Totschunda and Castle Mountain Faults, earthquakes tend to be smaller.

On March 27th, 1964 the Prince William Sound region of Alaska experienced one of the greatest earthquakes ever recorded at a magnitude of 9.2. The earthquake was one of the largest ever recorded in US history and spawned a destructive tsunami that hit places like Port Valdez, Alaska destroying a large amount of property.

Apparently, this earthquake was so strong that the entire Earth vibrated. The effects could be felt on the Aleutian Islands almost 400 plus miles away, and even caused the Space Needle in Seattle to sway.

The National Earthquake Information Center was created and would eventually become the USGS which analyzes earthquakes and provides a wealth of information on those earthquakes.

Where Can I Find More Information On Alaskan Earthquakes?

There are a number of different resources you can use to find more information on recent Alaskan earthquakes. The resource provided by the University of Alaska Fairbank’s Alaska Earthquake Center, offers an interactive map that shows recent seismic activity.

These earthquakes have their location pinpointed and their level of strength recorded. A great usability service that this tool provides, is that it highlights larger earthquakes with a bold red font that promotes enhanced readability.

This is an excellent tool if you want accurate information on recent Alaskan earthquakes.

In addition to Alaska’s natural beauty it is also home to some of the most earthquakes in the United States. Alaska is located near one of the most volcanically and earthquake prone regions of the world known as the “Ring of Fire.”

Alaskan earthquakes have set the tone for how scientists have come to understand earthquakes, their causes, and safety mechanisms for protecting infrastructure and life in the event of earthquakes.