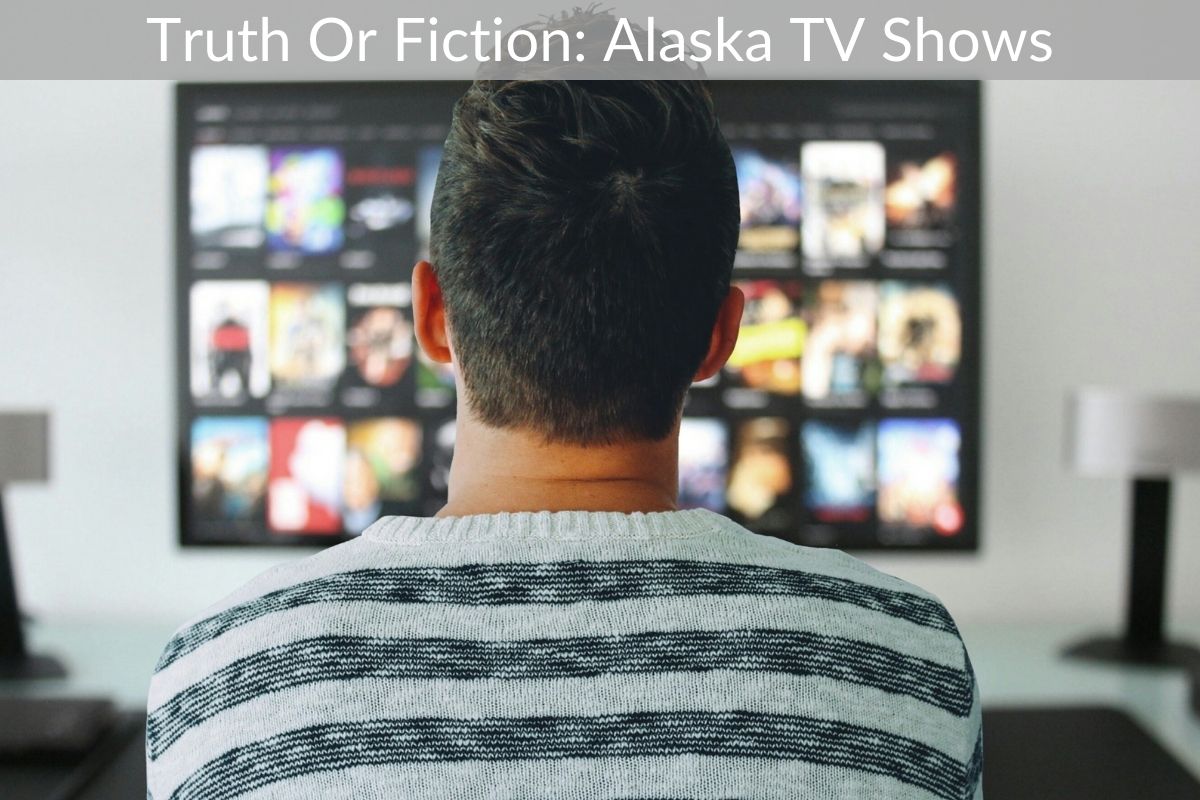 With such a wild territory, making movies about Alaska, is a reliable decision for many film production companies.

But while that may reflect real life and actual occurrences, in the territory, movie production companies have been mightily underhanded with some shows coming out of Alaska.

Some would say that it is all a bunch of lies.

In many cases, we must agree with them, especially since members of the “Alaskan Bush People” were provided as frauds.

Let’s examine a few of these Alaska TV shows and weigh whether they are closer to truth or fiction.

Here are a few of the more popular shows that were filmed in Alaska or are about Alaska.

Except for three movies, all the others have been produced with the last ten years.

Some would say circa the Sarah Palin era, and rightly so.

The former Alaskan governor, launched a massive initiative to get movies made in the State. Many say this has brought disrepute and chaos to the territory.

One home town girl who runs a bakery has refused upwards of six scripts or producers in a short period. Many of them think it would be a great idea to develop a show around her bakery on the beach.

This obligation however, comes with untold confidentiality agreements. So those involved can’t easily disclose what goes on.

But, where there is one who says no, there are scores ready to say yes.

This is reflected in the many shows released over the last ten years. Native Alaskans agree that it has been quantity over quality.

Slednecks pretty much has a bad rap in the region, because it is simply about young people, doing drunken induced pranks to bring attention to the Wasilla area, which of course is the hometown of Sarah Palin.

Another show, which doesn’t quite reflect the realities of Alaska, is “The Last Frontier.”

Many perceive that the participants are happy to do the job for the money, however, they aren’t really going to die the instant they don’t succeed at making a catch or a hunt.

There are literally three supermarkets and a bakery filled with food in the town. Yes, that same bakery by the beach.

In one year, there were five film production crews in the area. All within 60 miles of each other.

It makes you wonder, is Alaska becoming the next Hollywood?

Not all that glistens is gold they say and so too does the saying apply to this show. Alaskans have accused Buying Alaska of showing houses that were actually not for sale.

Fake stories, fake gimmicks, all made up.

But there is one show that really takes the cake.

That is the “Alaskan Bush People.”

On television, the show depicted the daily life of nine Alaskans who stayed hidden and not seeing anyone else for about three quarters of the year.

The courts found them guilty of fraud, which simply means they lied about their way of life. The so-called “Alaskan Bush People” were not full-time residents of Alaska.

How did the Disney channel expect to get away with that for so long?

Their wrong move was in filling applications for oil money, which is given to residents of Alaska every year.

You can lie on TV all you want, but you cannot lie to the government and expect to get away scott free.

So, the “Alaskan Bush People” had their day in court, and were found guilty as charged.

At least their season one episode ended with a bang, literally. Their neighbor frightened everyone off with fireworks after helicopters were hanging equipment over his yard.

This made great TV because the film crew churned it out as gunfire.

In 2008, she launched an incentive program that remunerates upwards of a third of production cost for film crews.

Yes, Alaska subsidizes all the films produced in the last decade.

Not all of them are bad. Enter “Deadliest Catch.”

But most of them are found wanting. They either twist the truth or they flat out use Photoshop or other software to remove supermarkets from the scenery.